Champix is a stop smoking treatment containing varenicline tartrate, which works by reducing the cravings for nicotine and helping with the withdrawal symptoms. As with any drug or treatment, there are side effects of Champix pills, although not everyone taking it will experience them. 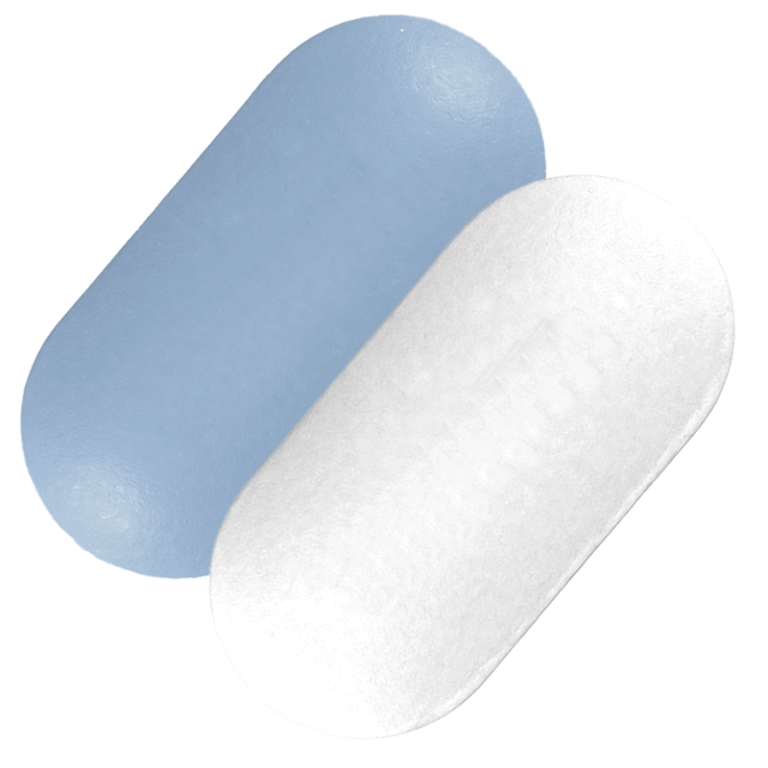 Was this article useful?

Some people find the prospect of side effects discouraging without realising that the withdrawal from nicotine-based products can come with its own range of side effects. Many people who quit smoking experience weight gain, increased irritability, nausea, and flu-like symptoms. Taking smoking cessation drugs such as Champix can help lessen these side effects and make the process of giving up nicotine more achievable and successful in the long run.

All medications and treatments available over the counter or by prescription come with the potential for side effects. For this reason, it’s incredibly important to read the patient information leaflet provided with your medications in order to familiarise yourself with said side effects.

When used successfully, Champix can help you lead a smoke-free life, but those thinking about taking it should be aware of any varenicline side effects, ranging from the more minor ones to the more serious ones. If you are concerned about any of the listed side effects of Champix, don’t hesitate to reach out to your prescriber.

What are the most common side effects of Champix

The most common side effects (affecting up to one in 10 people taking Champix) include;

Less common side effects (affecting up to one in 100 people) include;

Rare side effects of taking Champix include:

These affect up to one in a 1000 users of Champix.

Whilst it is still unknown, it’s not advised to take Champix during pregnancy or nursing an infant due to the potential for the drug to be transferred to the fetus or the child

It’s important to be aware of the

more serious side effects of Champix before you decide to begin treatment. If you’re concerned about them, consult your GP or prescribing clinician to discuss these concerns further.

Many of the serious side effects of Champix occur infrequently. Seeking the help or advice of a medical professional will help reassure you on what is best for you and will help you weigh up the benefits over the risks.

Champix and alcohol side effects

While some prescribers may not actively advise against drinking alcohol whilst taking Champix, there is still a chance that the two substances can negatively interact.

Some people who have mixed alcohol and Champix have reported that their tolerance for alcohol is much lower, and they become intoxicated at a much more elevated rate. Additionally, they report that their potential for alcohol-induced blackouts increases, and they can become aggressive or rowdy more easily. At the very least, it’s wise to limit alcohol intake whilst using Champix.

That said, some studies have suggested that varenicline can help reduce alcohol intake in alcohol-dependent individuals, quelling an individual’s cravings for alcohol in a similar way to how it staves off nicotine cravings. However, there is insufficient evidence to support this hypothesis.

Can Champix cause weight gain?

One of the potential side effects of Champix that causes people some concern is weight gain. However, it’s worth noting that quitting smoking can cause weight gain on its own. This is because smoking suppresses appetite and speeds up metabolism.

Additionally, whilst weight gain is listed as a potential side effect of Champix, very few people do actually put on weight whilst taking the treatment. In fact, some studies regarding Champix weight gain have shown that users do not gain more weight on Champix than without.

Does Champix cause constipation?

In some cases, Champix can cause adverse gastrointestinal effects, such as constipation, but this is quite an uncommon side effect. Quitting smoking can also cause constipation, it’s not always easy to work out the underlying cause. One study showed that one in 24 subjects treated with varenicline (the main ingredient found in Champix) experienced constipation.

Can Champix cause loss of libido?

A concern amongst many individuals thinking about taking Champix is the prospect of a loss of libido.

However, a decreased libido is an uncommon side effect experienced by roughly one in 1000 users of Champix. Additionally, in those rare cases that Champix does affect sex drive, it can also lead to an increased libido.

Can Champix cause sleep problems?

It has been reported that Champix can cause issues with sleep. However, it’s important to remember that restlessness and difficulty sleeping can also be generic symptoms of nicotine withdrawal.

Some studies have found that abnormal dreams and sleeping patterns are common side effects of taking varenicline, but these symptoms often subside after the first few weeks after beginning treatment. Taking your evening dosage immediately after your evening meal and not straight before bedtime can help reduce the sleep-related side effects of Champix.

That said, it’s essential to talk to one of our doctors or consult your GP if you feel these symptoms becoming more extreme or if you begin to experience sleep aggression or sleepwalking.

How long do Champix side effects last?

A usual course of Champix treatment lasts for around 12 weeks. Within these initial few weeks, you may begin to experience some side effects, such as some of those listed above. You shouldn’t become disheartened if you experience minor side effects when taking Champix. It is still one of the safest smoking cessation treatments available and is a lot safer than smoking cigarettes.

To date, there have been no sufficient studies to suggest any Champix side effects are long term. That said, there have been a small number of reports from patients who’ve taken Champix that claim there was an impact on their mood even after stopping the treatment.

If your side effects persist or become more severe, consult your prescribing clinician for advice on your next best steps.

What happens when you stop taking Champix

their Champix treatment may experience some side effects or withdrawal symptoms. Champix withdrawal side effects may include feelings of depression, irritability, difficulty sleeping, and the urge to smoke again, leading to a potential relapse.

For this reason, if you wish to stop your Champix treatment, your doctor may advise that you gradually reduce your dosage over a week or two.

What to do if you experience Champix side effects

If you experience any side effects whilst taking Champix, you should inform your prescribing doctor immediately. As discussed, the side effects of suddenly stopping Champix can cause relapses, so it’s best to discuss your options with a clinician before stopping treatment.

It’s also crucial that you report any side effects to the Yellow Card Scheme, a system designed to collect and monitor any side effects or adverse reactions to medications and treatments. This scheme helps increase the safety of pharmaceuticals and medical products.

If you are prescribed Champix but find that it does not work for you for whatever reason, your prescribing doctor will be able to find alternative stop smoking treatments for you. There are plenty of other medical aids available which can help you kick smoking successfully.

Varenicline is associated with a modest limitation in weight gain in smokers after smoking cessation: a meta-analysis. Journal of Public Health, [online] 40(2).

Our average rating based on 3295 reviews.

Sign up to our newsletter for all the latest on and more.

Our average rating based on 3295 reviews.