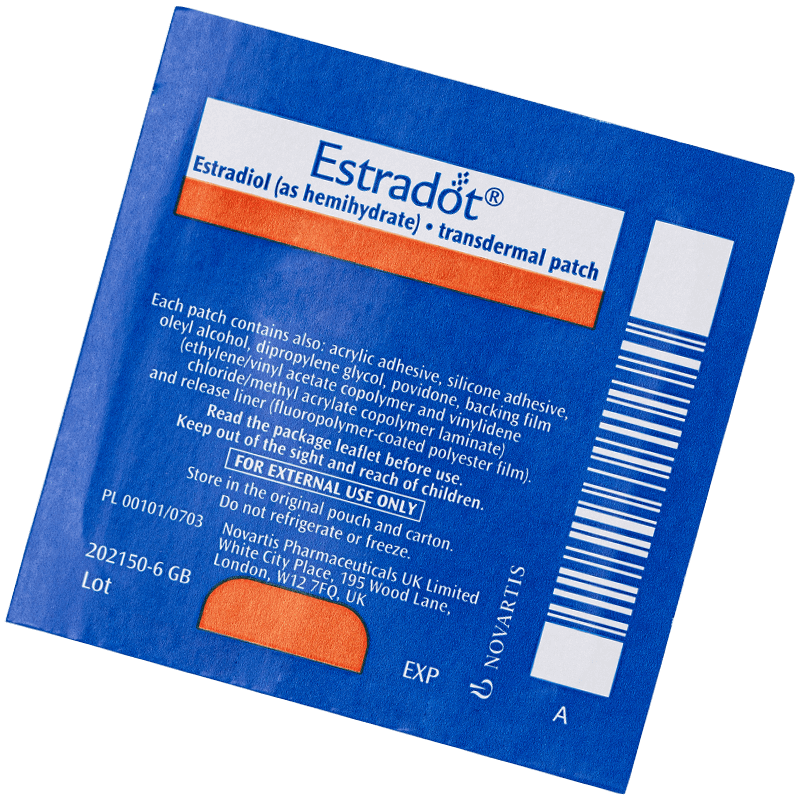 Start from AUD74.00
Get started
We’ll deliver to you by 1-5 business days.

Start from AUD74.00
Here’s what's included in the price:

Estradot is an effective treatment for women with moderate to severe symptoms of the menopause. It’s a HRT patch that’s easy to use and effective.

We’re here to make treatment recommendations just for you. Talk to our clinicians, choose your HRT and order Estaradot online.

Start from AUD74.00
Here’s what's included in the price:

Free 24h delivery
Your treatment delivered in secure packaging, the very next day.

Your partners in health 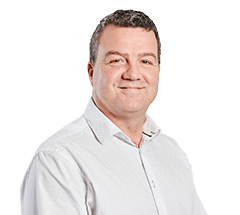 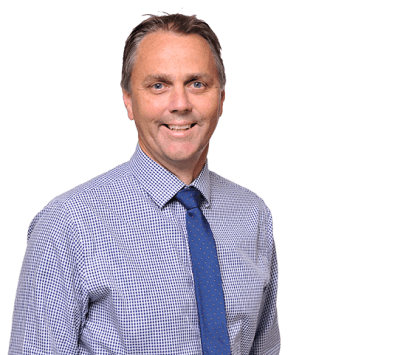 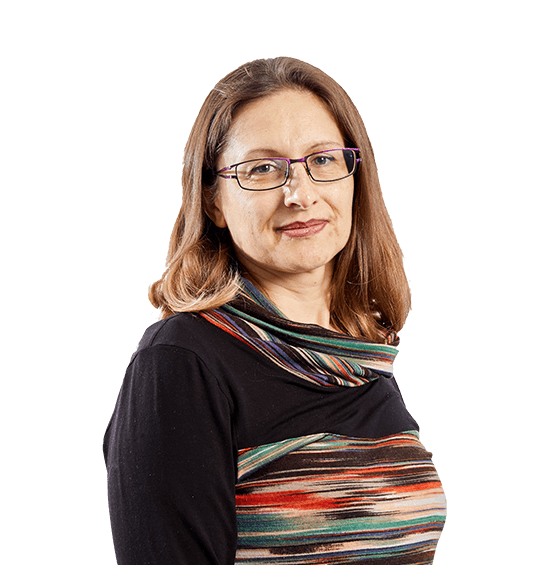 Delivery, consultation, treatment. It’s all included in the price.

Choose how you do healthcare.

We know health, but you know you.
Our experts tell you what’s safe, but you decide what’s best.

Consult on your own time

Answer a few questions and tell us about yourself. Get tailored advice from our clinicians so you can choose better.

Treatments to fit your life

Choose your treatment and how often you have it delivered.

We know things change. It’s the nature of life. We’ll check in regularly to make sure your treatment is still right for you.

Control at your fingertips

Pause. Change. Skip. Start again. Any time you like.

Give us the inbox treatment.

We're making healthcare more about you. Sign up to our newsletter for personalised health articles that make a difference.

Disclaimer: The information provided on this page is not a substitute for professional medical advice, diagnosis, or treatment. If you have any questions or concerns about your health, please talk to a doctor.

We’ll deliver to you by
From

Estradot is a HRT medication, or more specifically, a continuous form of HRT. That means it’s a patch that you wear every day (replacing the patch with a new one twice a week), so that the hormone in it is released into the body continuously.

Estradot is just one brand of one type of HRT, with various dosages available. This allows treatments for every phase of the menopause, as well as different strengths of medication that are prescribed depending on severity of your symptoms.

In other words, there’s a treatment for almost everyone going through the menopause.

What is Estradot prescribed to treat?

Estradot is prescribed to control hormone levels when you’re going through the postmenopause. The menopause is a time of life when your hormones begin to fluctuate, signalling the end of menstruation and fertility. It’s a natural process but it can have a significant effect on your life and wellbeing.

As the menopause and its symptoms are caused by falling hormone levels, by “replacing” them, the treatment works by levelling out these effects on your body.

The theory is straightforward, but getting the right amount of hormones can be a little tricky to begin with. Thankfully they’re a proven, effective treatment for the majority of women that use them.

Use of hormone replacement therapy and risk of breast cancer: nested case-control studies using the QResearch and CPRD databases. BMJ, 371.

What to do when you start using Estradot

Instructions at the start of a treatment for Estradot will depend on a number of things. For example, if you’ve not been using HRT previously or the treatment was continuous and combined (containing two hormones), you can start using Estradot whenever you want.

Where to apply Estradot patches

Estradot patches should be applied to the lower part of your body and never to your breasts. The area of skin should be bare (no hair) and it should not be placed on an area where you might wear elastic, such as your waist or lower legs. You should also avoid using the same patch of skin more than once in a week.

After use, fold the patch onto itself (so the sticky side is completely covered) and throw it in the bin. You should never flush your HRT patch down the toilet.

When to change your Estradot patch

The patch needs to be changed twice a week, so the day on which you start your treatment will inform your schedule. For example, using the patch for the first time on a Monday will mean your patch changes will take place on a Monday – Thursday – Monday.

For other days, follow the same pattern. For instance: Wednesday – Saturday – Wednesday. You can write the day the patch will be used on with the calendar checklist that comes with Estradot to keep track of your use.

Have something specific you want to know about Estradot? Search our info below, or ask our experts a question if you can’t find what you’re looking for.

What are the ingredients in Estradot?

Answer:
The most important ingredient in Estradot is the synthetic version of the hormone oestrogen, called estradiol hemihydrate. For the patch, it’s released slowly into the body over the course of a few days before it needs to be changed.

Women who have had a hysterectomy can use Estradot safely, women who still have their womb should have an additional progesterone, either from a Mirena ‘coil’ or from progesterone gel or tablets which are taken for several days per month.

What Estradot doses are there?

Answer:
Estradot 25mgs or 50mgs are the most commonly prescribed dosages at the beginning of your treatment. Your prescribing clinician will then monitor to see if Estradot 100 or 75 might be needed. 37.5mgs dosages are also available, allowing your clinician to find the perfect level of oestrogen for you.

How long does it take Estradot to work?

Answer:
It usually takes a few weeks before you’ll start to feel the benefits of HRT, and up to three months before it becomes fully effective, so a little patience is needed.

During this time, you might feel some side effects as the body gets used to the new hormones. These will likely subside after around six to eight weeks, but if they don’t, speak with our clinician about lowering your dosage or trying a different medication.

What should I do if you forget to change the patch?

Answer:
If you forget to change your patch on the scheduled day, simply change it as soon as you remember and go back to the normal schedule after this, no matter how short the time you’ll be using it.

So, for example, if you forget to take the patch on Monday and remember on Wednesday, use the new patch for one day and go back to the Thursday - Monday - Thursday schedule.

Can I cut the patch in half?

Answer:
You should not cut the patch in half. If you believe the dose you are receiving is too high, you should discuss this with our clinician.

Getting the right amount of hormones in the body can be tricky, but with a little patience, and the right guidance from us, you should be able to get the right treatment for you. No matter how small you think the issue is, we’re always here to help.

What other HRT options are there?

Answer:
HRT delivered through the skin (transdermally) using patches or gel is a little safer than tablets from women who have cardiovascular risk factors, such as high blood pressure, heart problems, being overweight or having high cholesterol.

But there are also HRT pills, like Livial and Tibolone. If a patch isn’t right for you, these might be a good option. They also come in different doses to Estradot, so one might suit you better.

Do I need a prescription for Estradot?

Answer:
Yes, our clinician will need to assess and monitor how your symptoms are progressing during treatment. What’s more, oestrogen only HRT, such as Estradot, can present significant health risks for some women while being perfectly safe for others.

Thankfully, there are many treatments available, so our clinical team should be able to find the right option for you.

Why should I buy the Estradot patch online with Treated?

Answer:
We’re personalising HRT treatment. Tell us about your health, and we’ll find tailored options for you. Choose your treatment, and how often you’d like to receive it. And the quantity of treatment you’d like each time too. You can change, pause or cancel your subscription anytime.

We also want to make sure you’re getting the most from your treatment, so our clinical team will reach out to you on a regular basis to see how you’re doing. You can access our aftercare service whenever you need it. Just send our clinicians a message using your Treated account.

What do you want to do?

Stay on our site

Go to our American site

Just so you know: If you want to access our services, you’ll need to do it from the site we have in your country.

Here’s where we are:

Sign up to our newsletter for all the latest on Menopause (HRT) and more.